Are you new to the marine industry and a little unsure of the most common acronyms we have used on this site?

COG - Course Over Ground. The GPS system’s calculation of the ship’s heading in relation to the installed chart system

DGPS - Differential Global Positioning System. An enhancement to GPS that uses a network of fixed, ground-based reference stations to broadcast the difference between the positions indicated by the satellite system and the known fixed positions

DNC - Digital Nautical Charts. A vector-based digital product designed to give navigators an up-to-date seamless database of the world. DNCs are published by the National Geospatial-Intelligence Agency

EBL - Electronic Bearing Line. A feature in a radar that is used to determine the relative bearing of an object from the observing ship’s bearing

HDT - Heading True. Used to send heading information from the gyro-compass to other devices including radar and ECDIS

SOG - Speed Over Ground. The GPS’s approximation of the ship’s speed in relation to the installed chart

TCS - Track Control System Via a connection with the autopilot, TCS in an ECDIS controls that the ship’s GPS position follows a pre-planned track

VRM - Variable Range Marker. A feature of radar used to determine the relative distance to any target seen on the screen

IMO - The International Maritime Organization (IMO) is a specialized agency of the United Nations that is responsible for measures to improve the safety and security of international shipping and to prevent marine pollution from ships.

SOLAS - The word SOLAS is an abbreviation and SOLAS full form is “Safety Of Life At Sea”, an international maritime treaty, also known as SOLAS Convention or International Convention for the Safety of Life at Sea (SOLAS), which establishes the least safety measures in the construction, equipment and operation of merchant ships.

WEND - Worldwide Electronic Navigational Chart DataBase. An IHO concept, based on the set of WEND Principles, designed specifically to ensure a world-wide consistent level of high-quality, updated official ENCs through integrated services that support chart carriage requirements of SOLAS and the requirements of IMO for ECDIS

Related blogs
Industry
Are we talking about the Blue Economy?
The ocean plays a critical role, by regulating the climate and giving us oxygen – it’s our life source.
Industry
Still pondering the advantages of ECDIS over paper charts?
Time to rethink?
No items found.
View all our Blogs 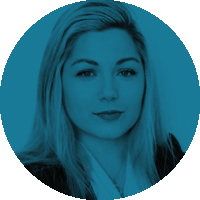 Get our monthly newsletter

Sign up and get frequent marine industry and technology insights delivered to your inbox.

Offering you FREE ECDIS training on PCs and tablets

Do you want to find out more about what we do?

Fill out your details and we will be in touch to arrange a discovery call.

Would you like to find out more on how we can help you?

Fill out your details to find out more about our solutions and bespoke options.